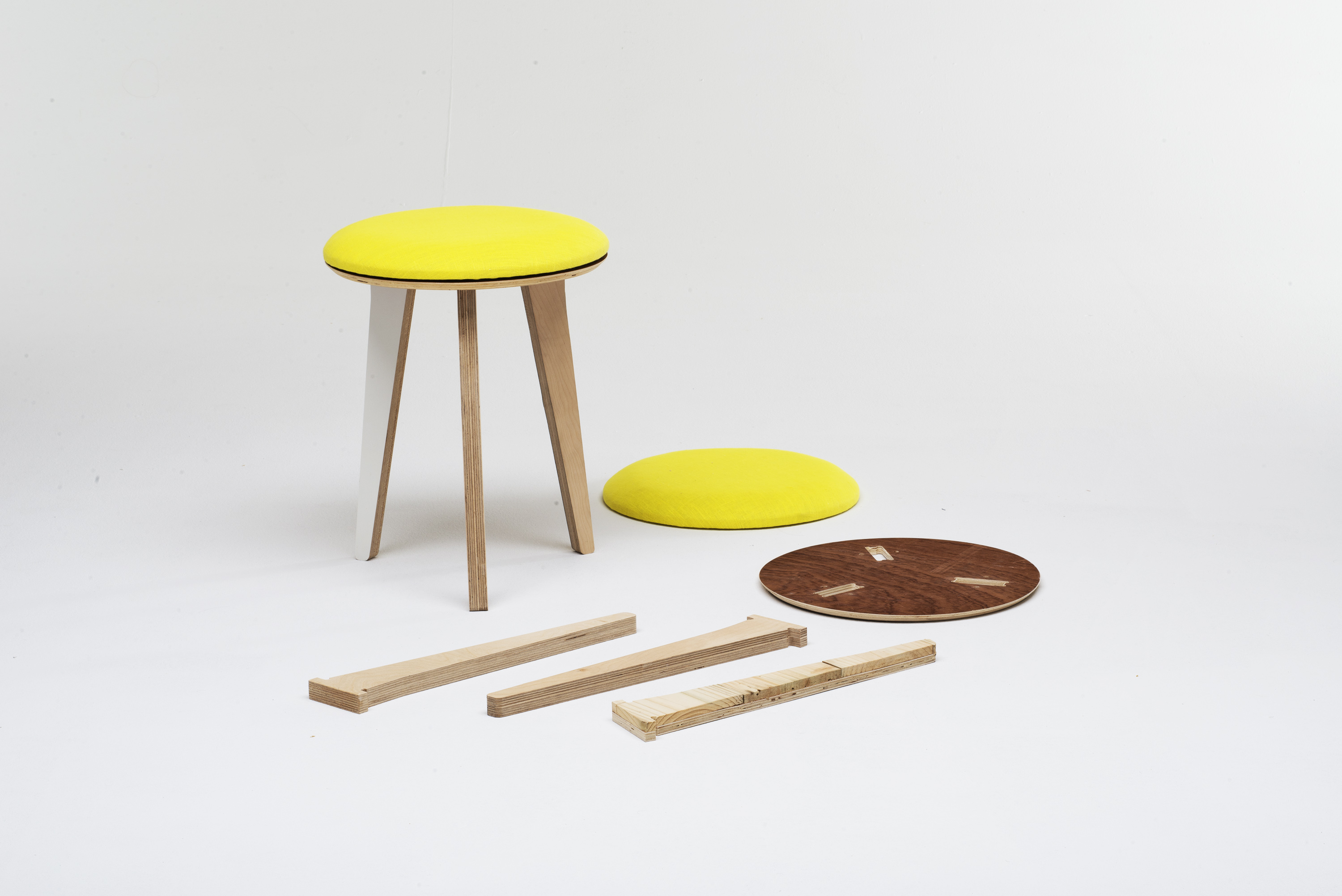 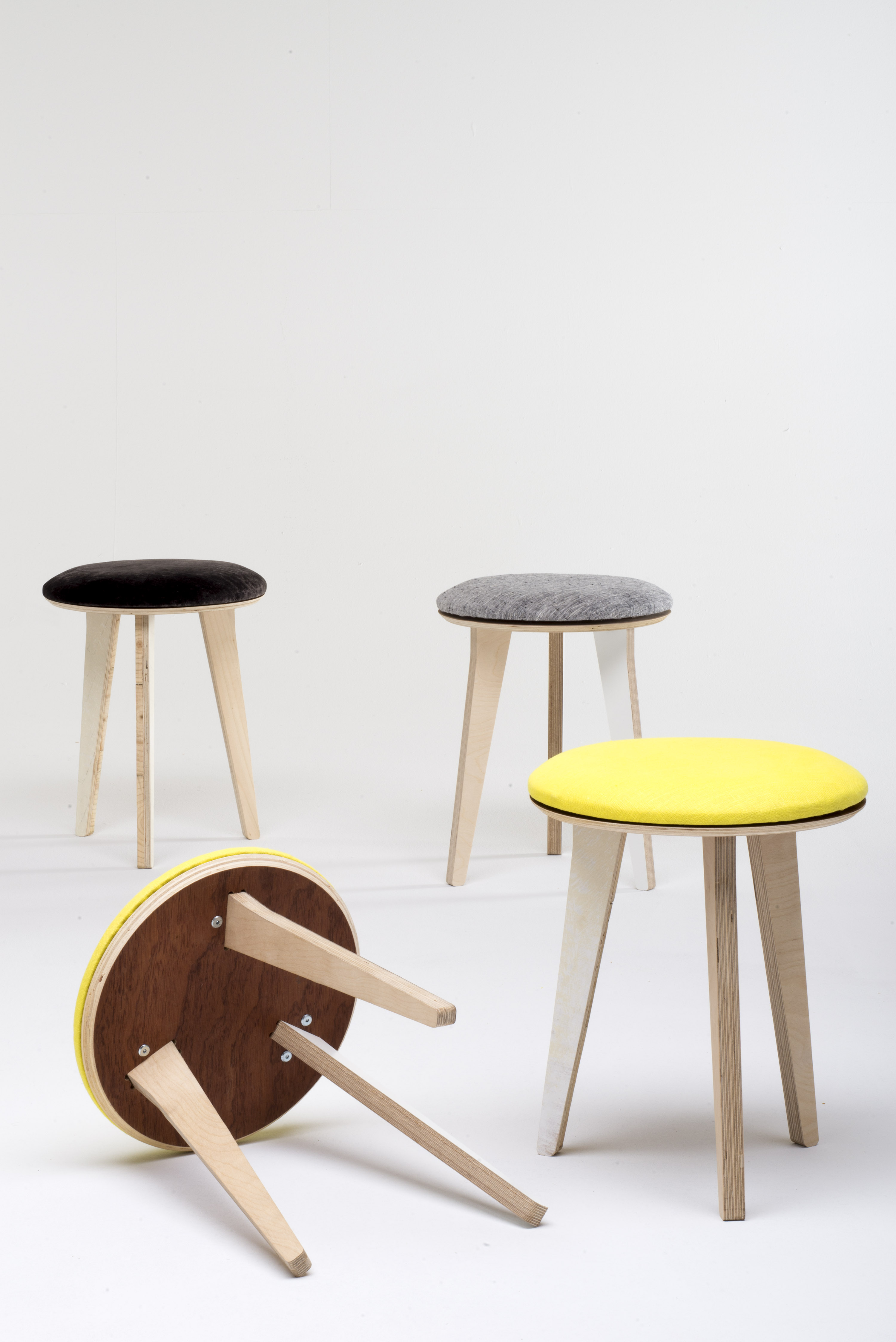 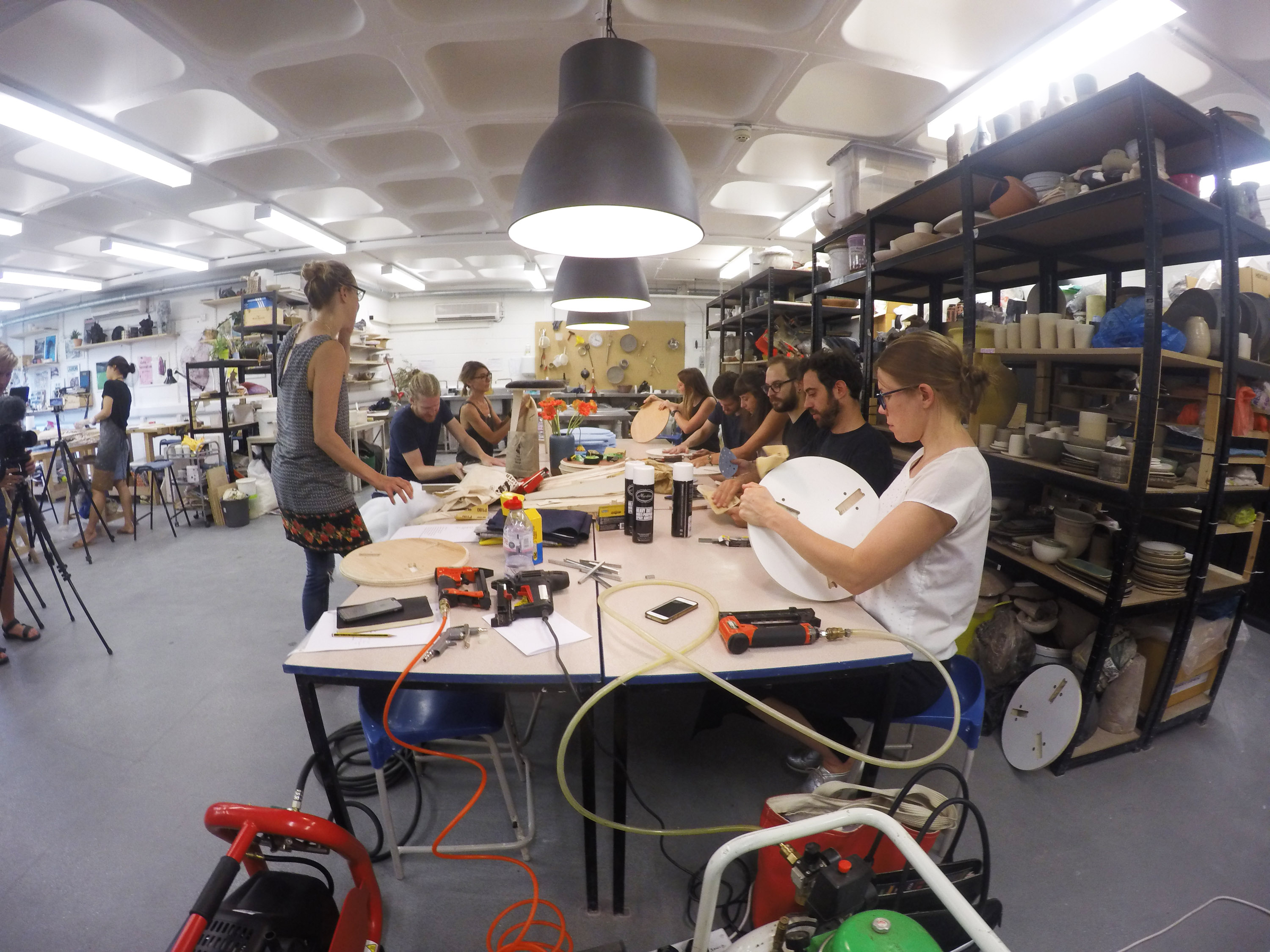 The stool was produced in 2016 within the residency at the Design Museum in London. Therefore, it has been produced in the West Side of London, close to the location of the museum itself. The object is the result of a collaboration between Opendesk Studio and Andrea de Chirico.

The plywood is coming from former building sites in the area, which then is processed by the Goldfinger Factory, an organization operating in the area, and upholstered by Sarah, who is a local upholsterer. The uphostery is made using linen coming from the Cloth Shop, a traditional English fabric retailer located in the well-known Portobello Road.