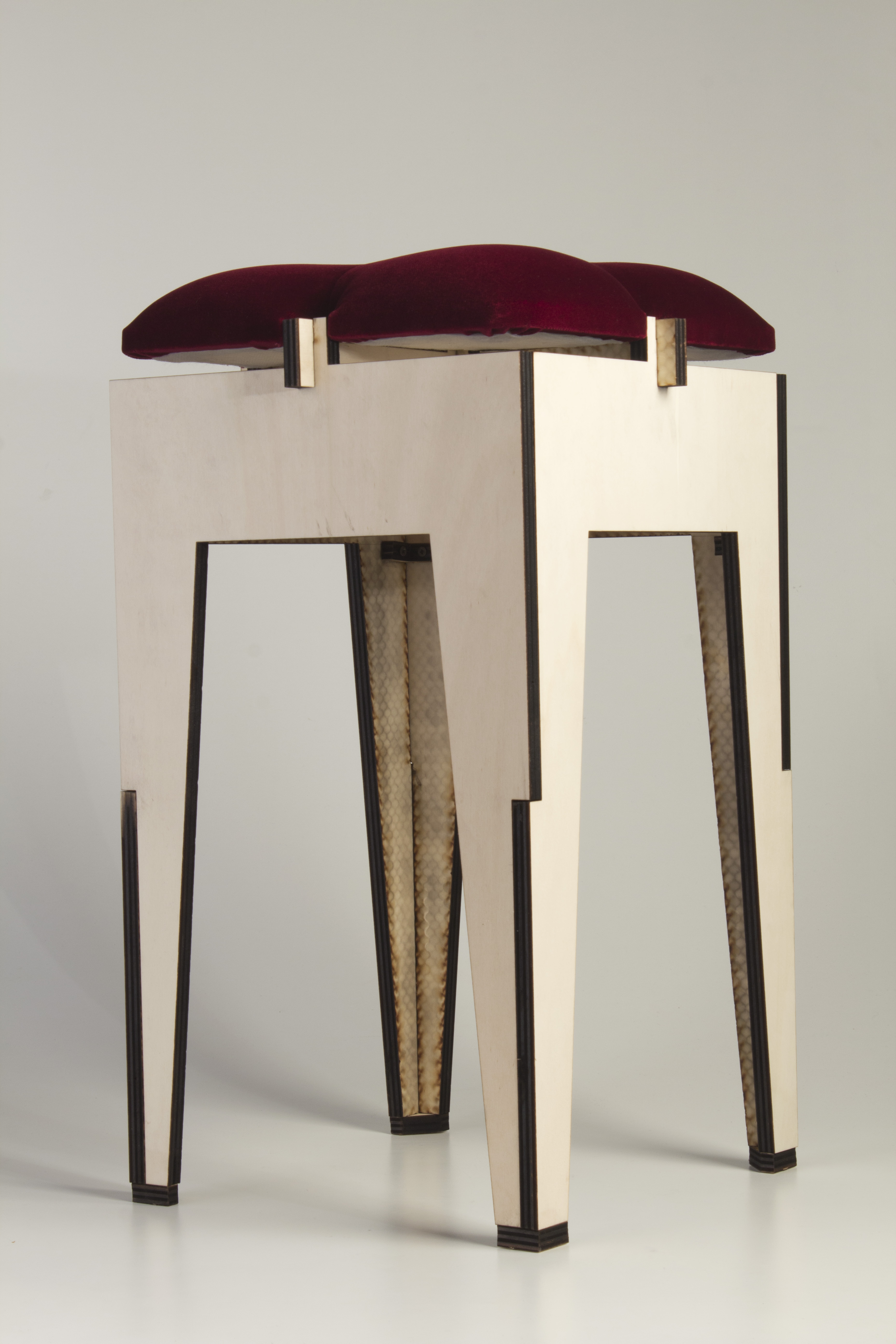 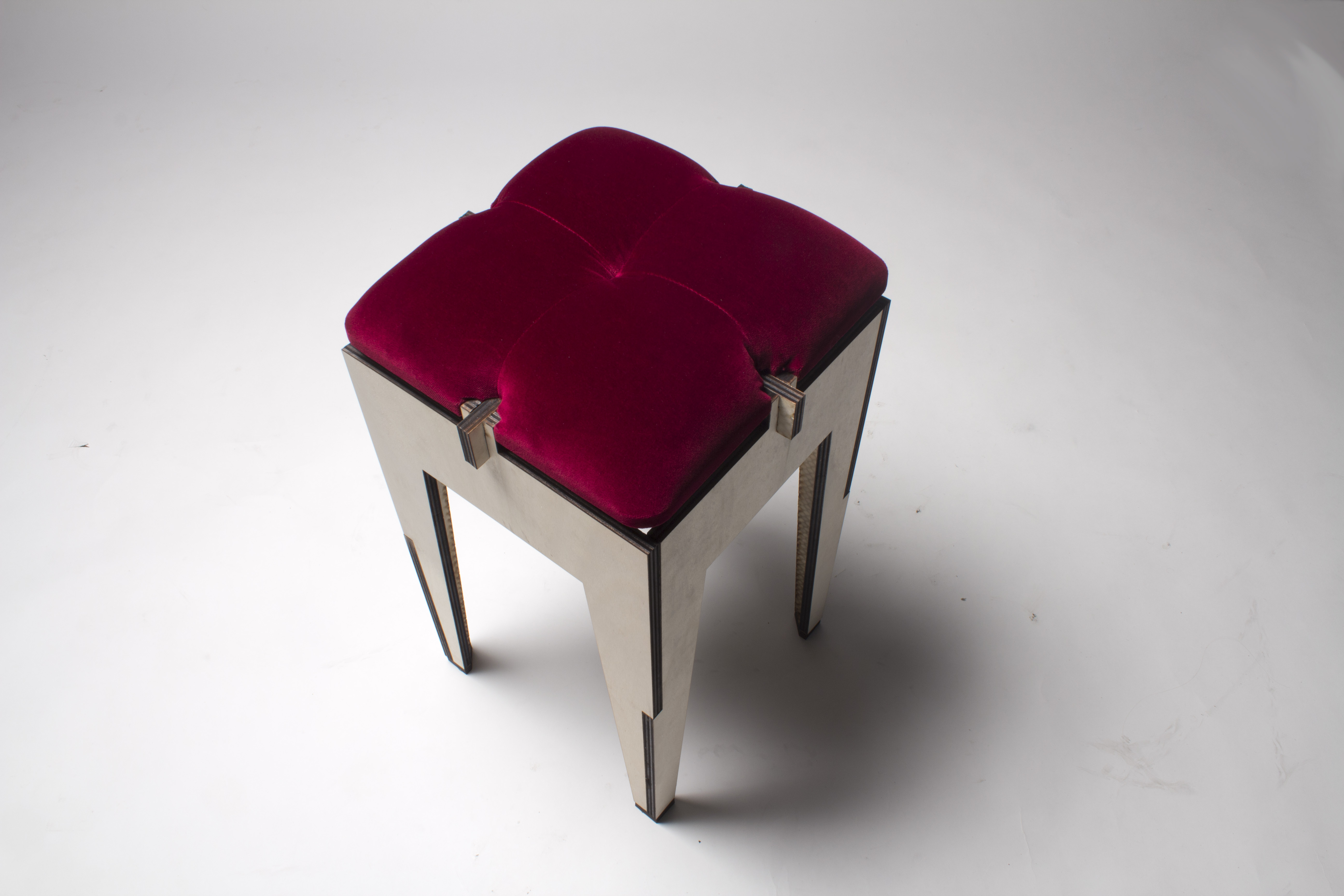 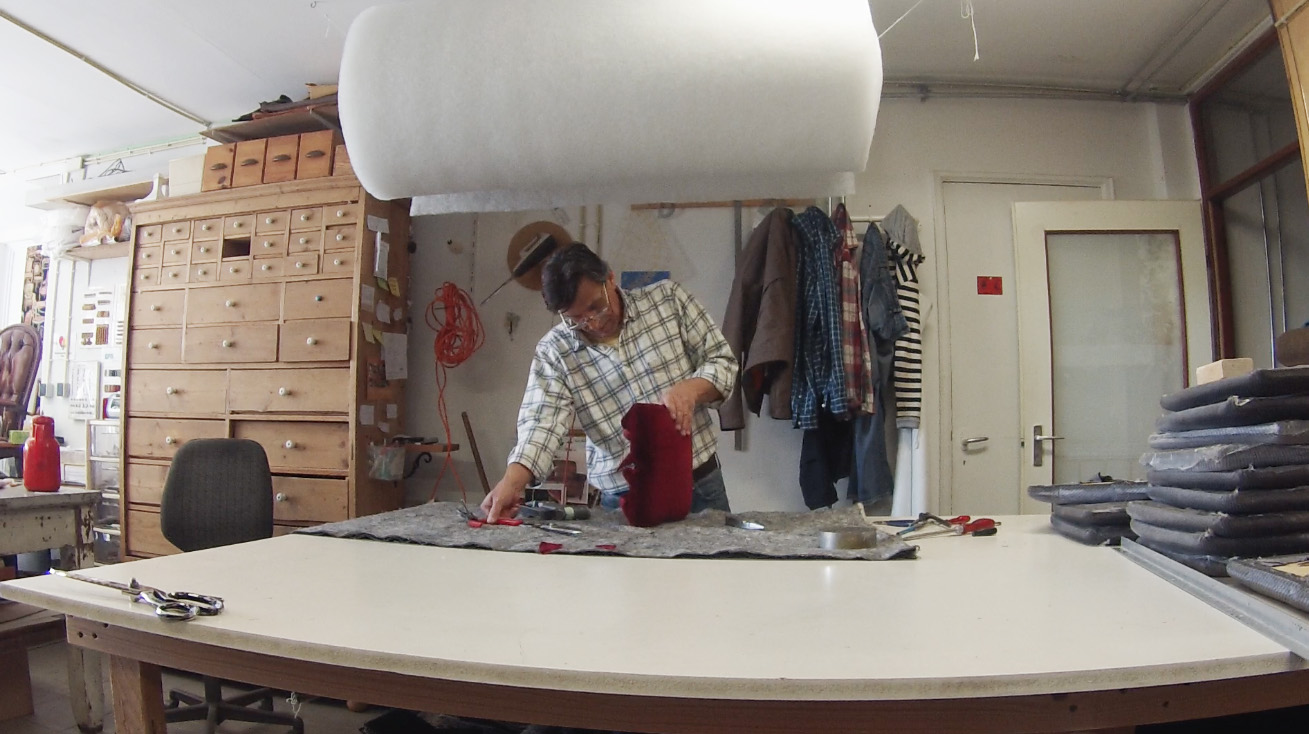 The stool is part of the set 1.0 and was produced in 2015 in Eindhoven. It is composed by two pieces joined together, one is the wooden structures, which has been lasered in a local laser cutting service called “See you laser”. The velvet that has been used to upholster the cushion is reclaimed and comes from a local second hand shop specialized in fabrics that is called “Tissen und Furnituren”. The upholtered part has been made by Sam, a local upholsterer coming from Iran.