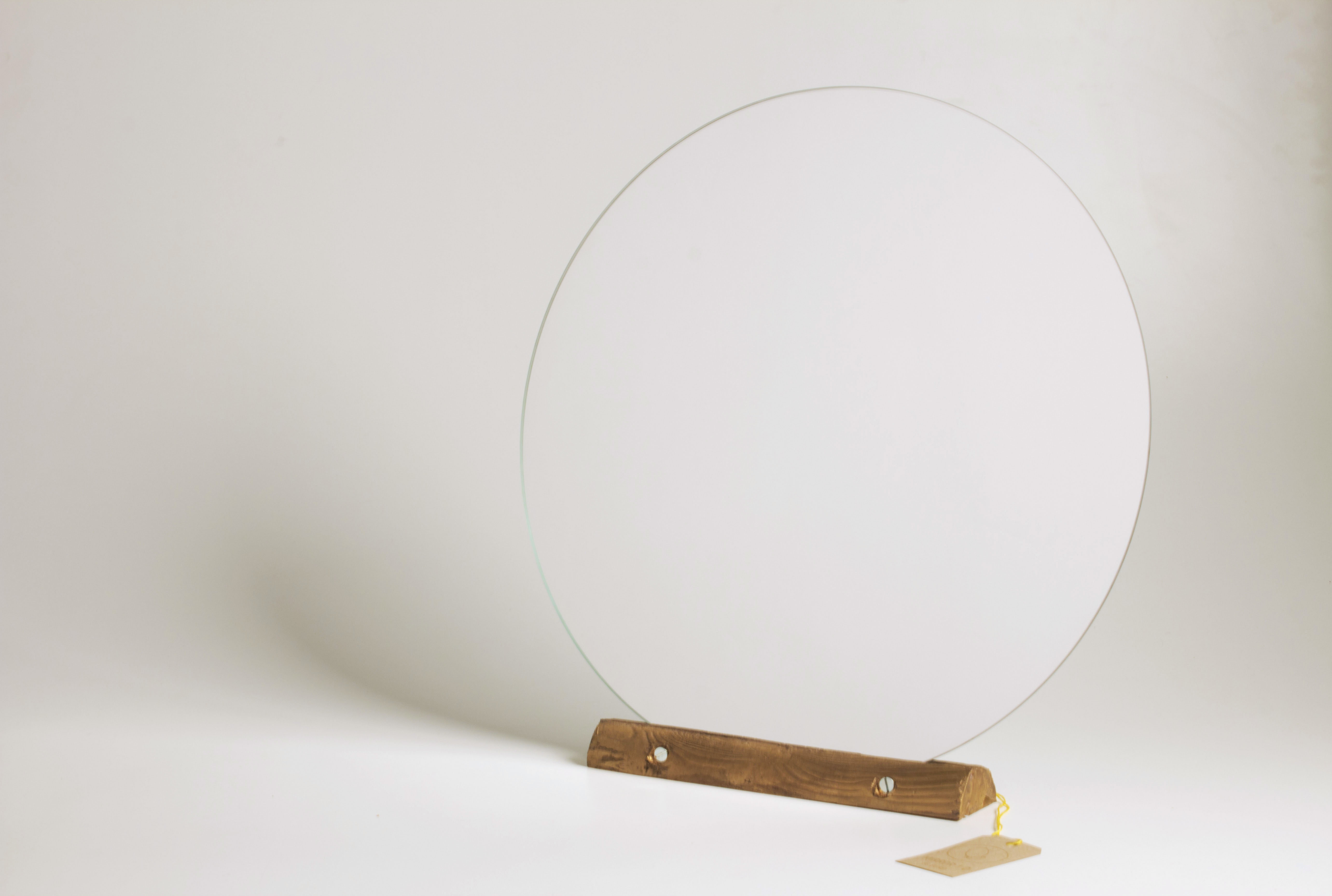 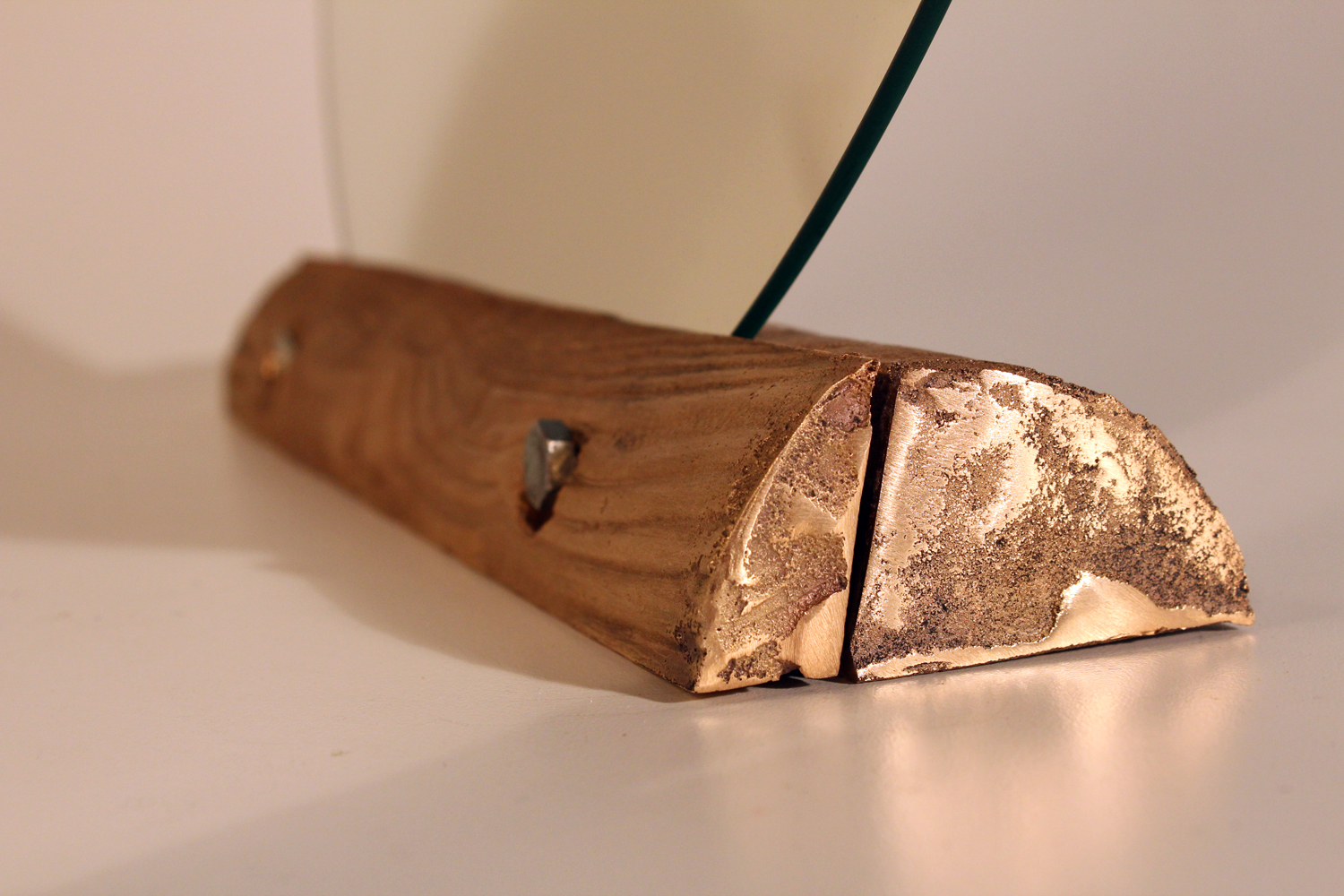 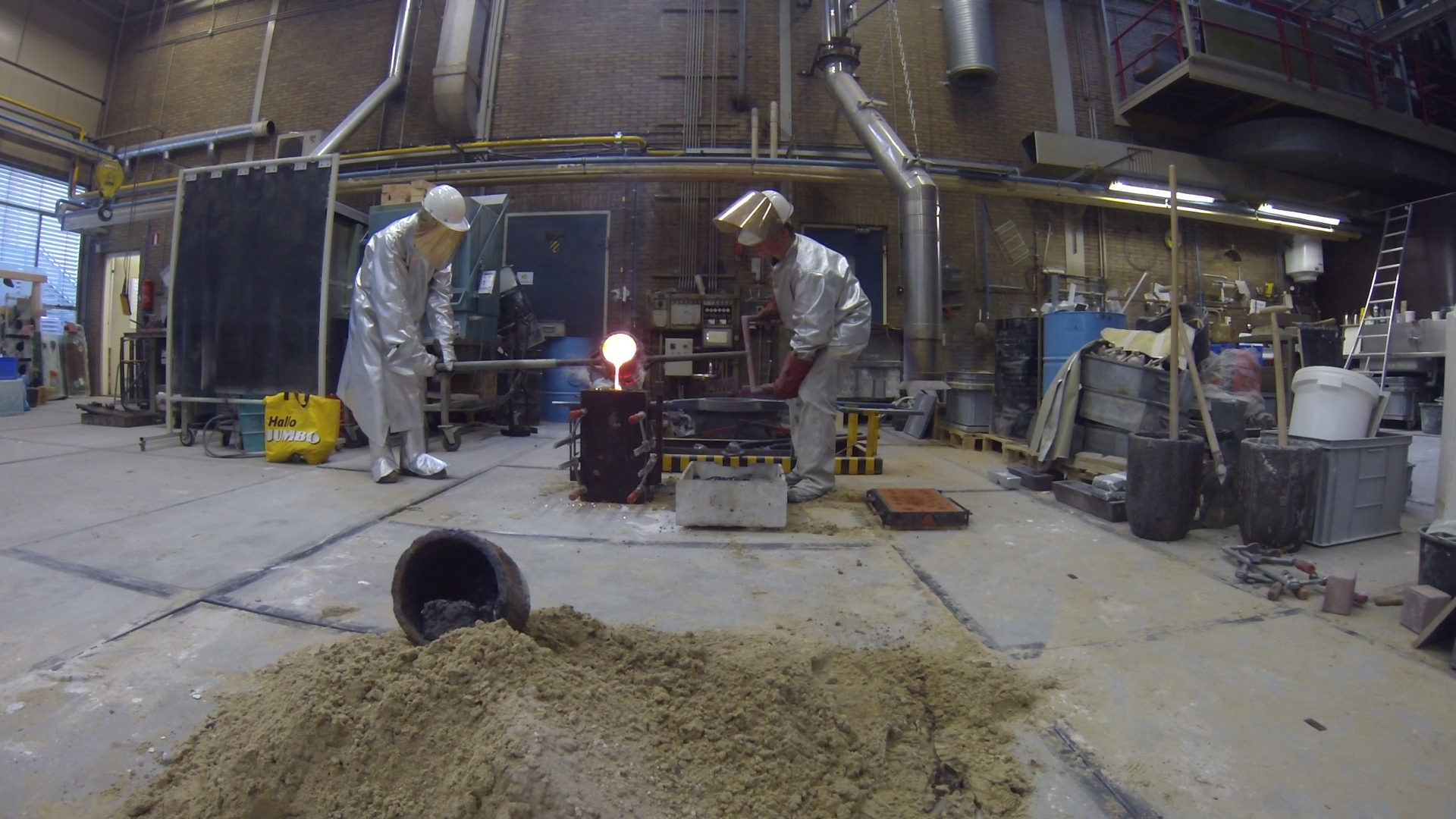 The production of this Mirror 1.0 is part of set 1.0 and happened in 2015. It starts from a wooden part bought in the local bricolage centre in Eindhoven. The part is usually used to made dutch garden fences. This wooden element has been used as the counterpart for the red sand mould, where reclaimed bronze has been casted. Sand casting is a very old techniques of manufacturing which has been used since the prehistorical times. On the other hand bronze can be melted and recasted infinite times. The bronze part works like a clamp adapting on every size and shape of mirror.  The metal comes from a local metal junk yaard, while the mirror was bought into a second hand shop.