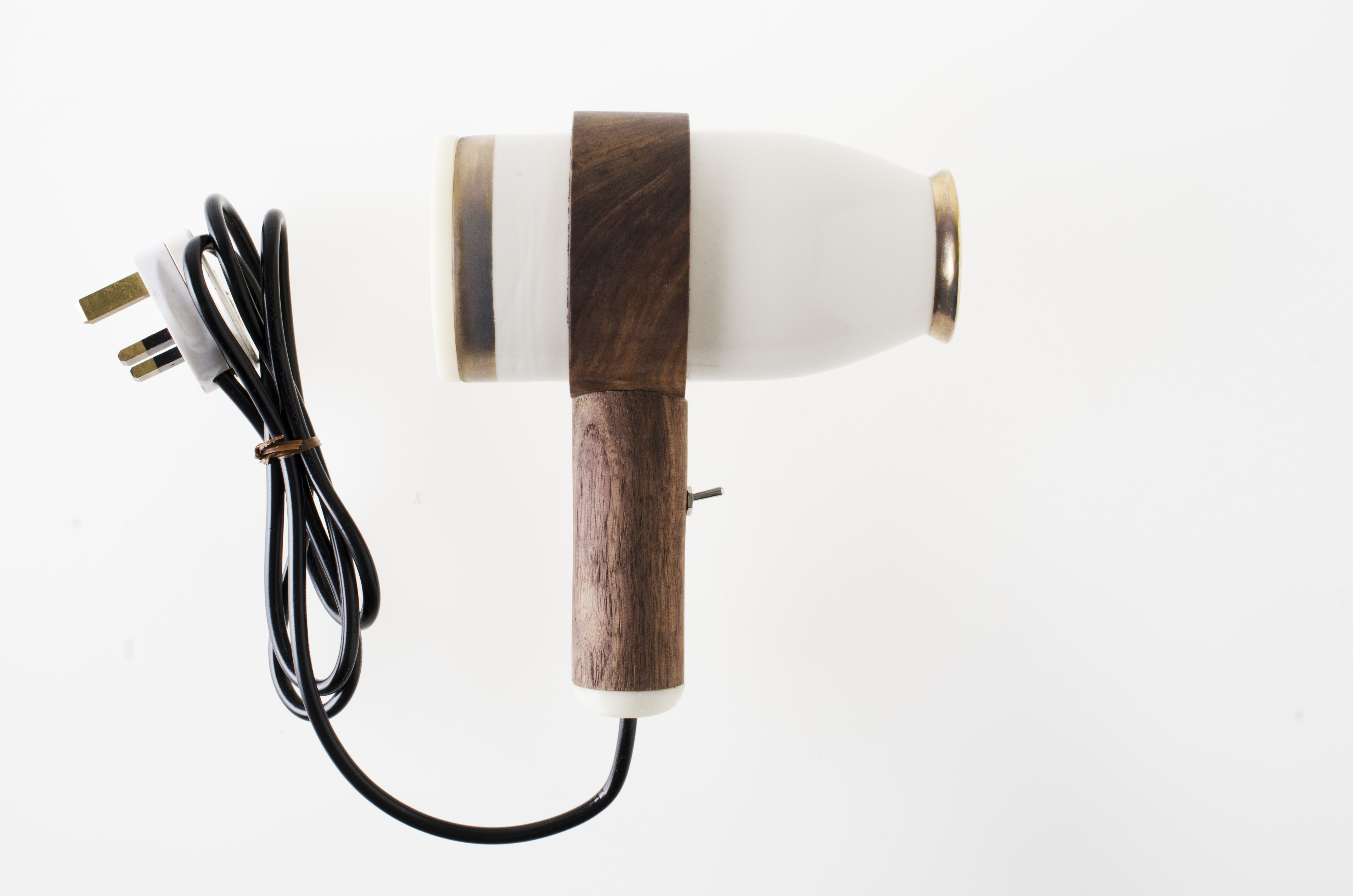 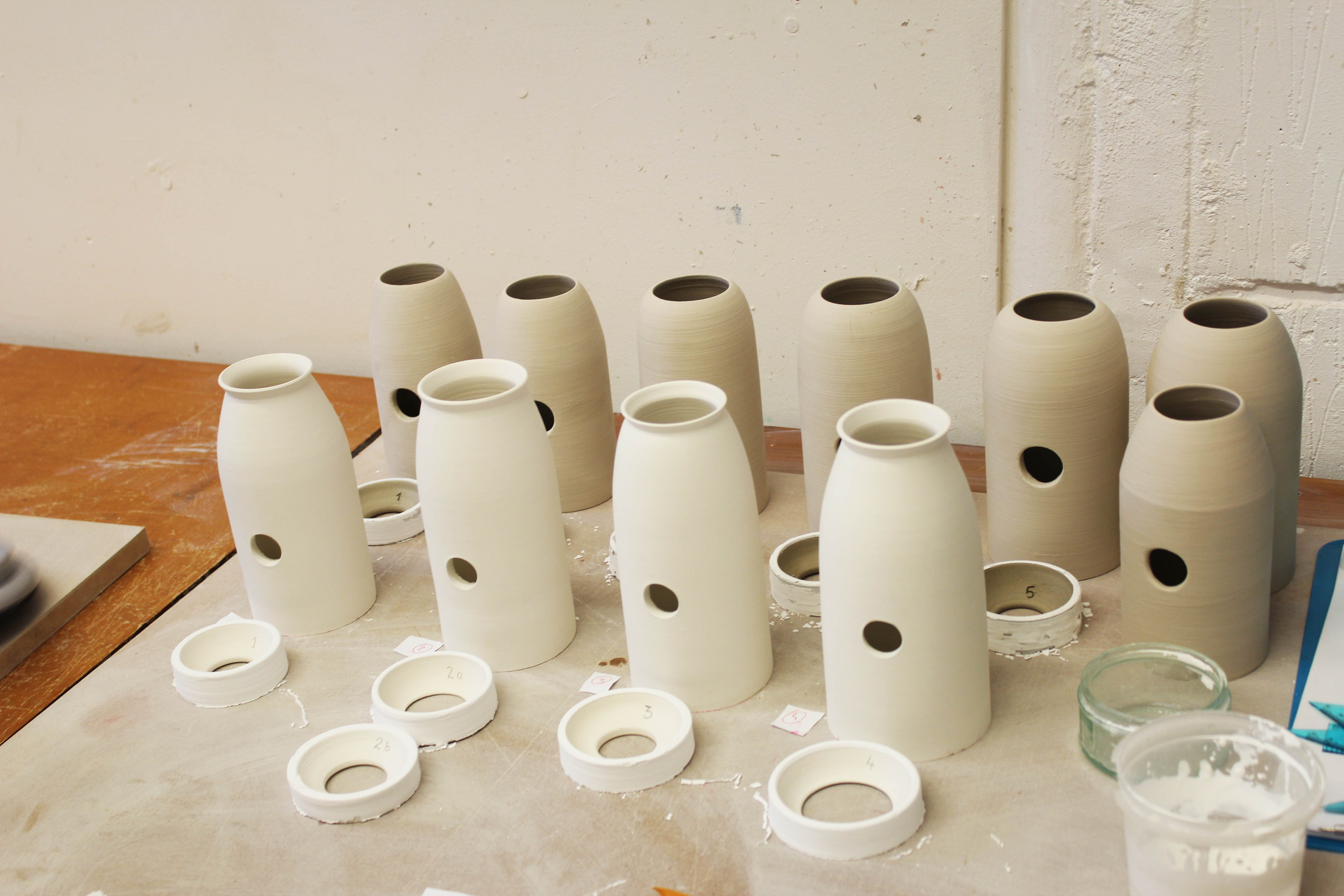 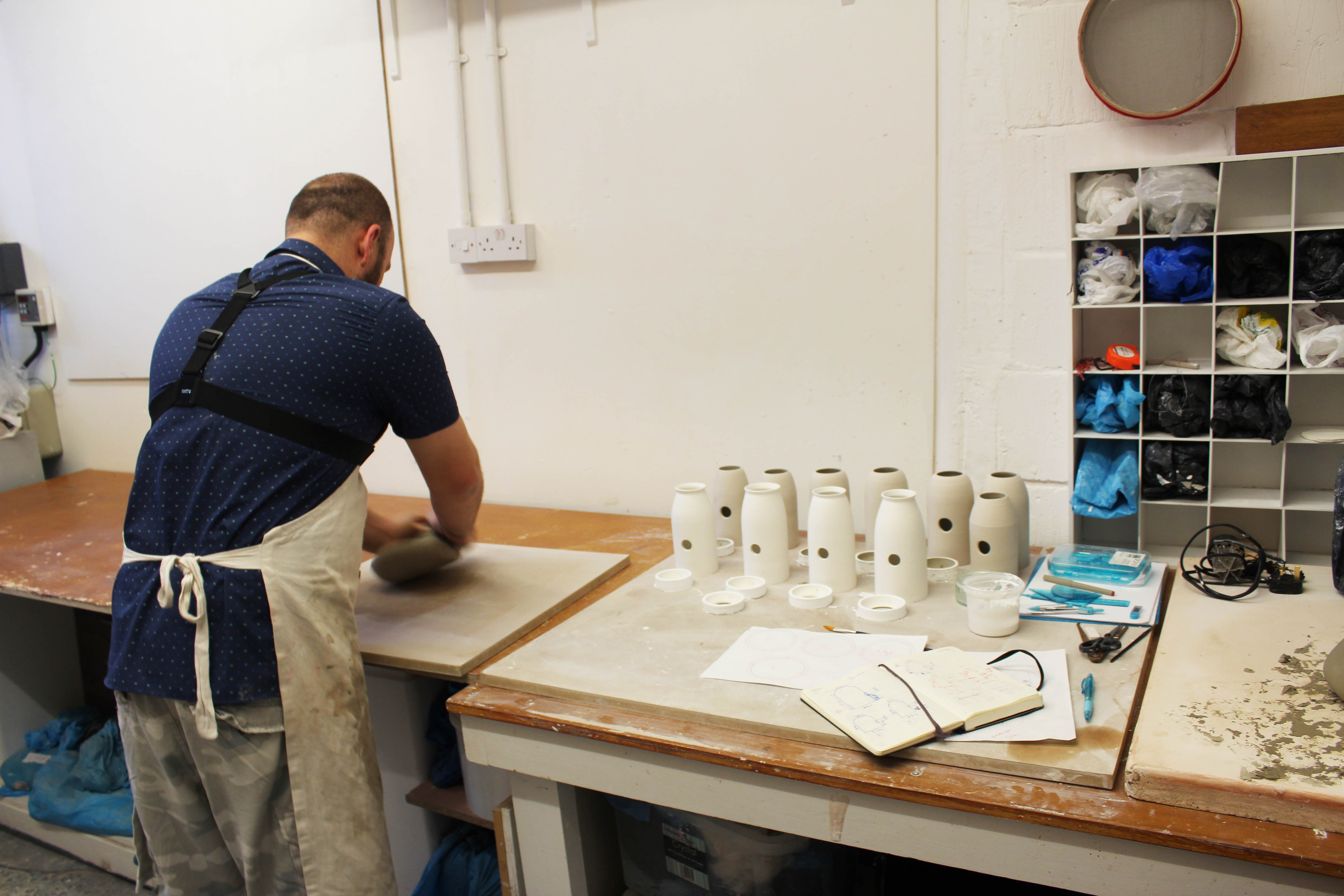 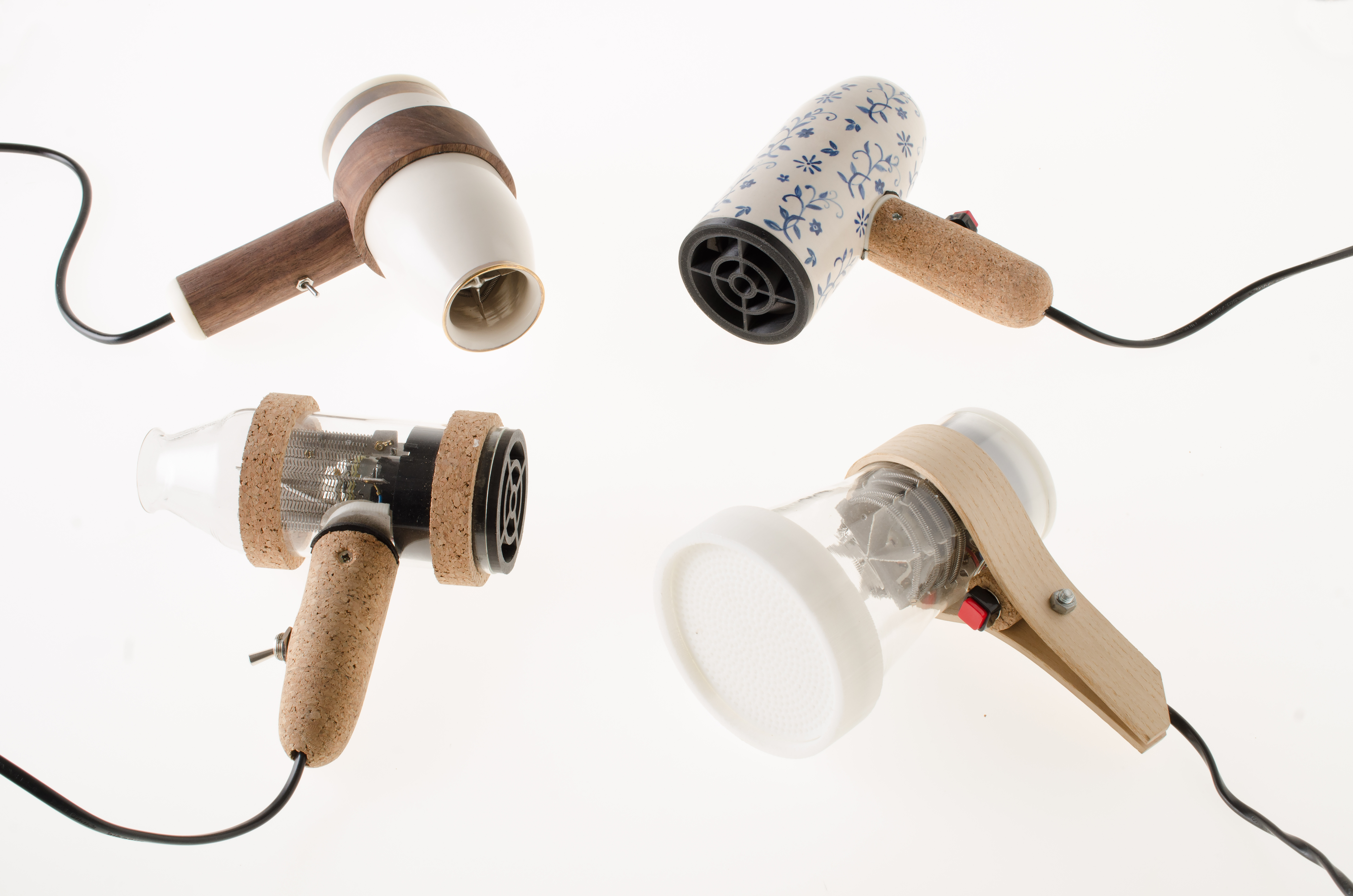 This hair dryer was produced in West London in the summer of 2016 within the Residency Programme run by the Design Museum in London. The starting point for this object is the inner mechanism, which has been found in a local charity shop located in West London, the area where all the production took place. By the way it is also the same one there the Design Museum recently relocated.

The ceramic part has been turned by hand by Cosmin Ciofirdel, ceramicist oprating in the area. It is made out of porcelain and painted in gold. The inspiration for the object was the royal tea set designed and made by Wedgwood during the late 18th century. The wooden handle was made partly on the Goldfinger Factory lathe and partly milled with the CNC. The back filter is 3D printed by a producer found thanks to the 3D hubs network.